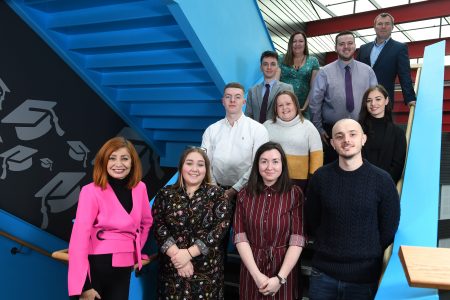 A former teaching assistant, travel agent, HGV apprentice, bar manager and waitress are among those nominated for an award after making promising starts to their new careers in contact centres.

The nine nominees are among a range of individuals and companies announced on the shortlist for the 21st Welsh Contact Centre Awards, ahead of March’s event in the iconic Wales Millennium Centre.

The Welsh Contact Centre Forum-led awards, headline sponsored by RW Learning, celebrate outstanding contributions to a sector which has grown to contribute £650m annually to the Welsh economy.

With figures from the Office for National Statistics showing that 85,000 retail jobs disappeared in the first nine months of 2018, and recruitment in many other sectors stalling due to uncertainty around Brexit, managing director of the Welsh Contact Centre Forum, Sandra Busby, believes contact centres continue to provide a good option for people looking to build a rewarding career.

She said: “The economy has gone through several bumps over the past two decades, namely the financial crash of the late 2000s and the uncertainty we’ve seen since the Brexit vote in 2016. Despite that, over the last 20 years the trend in Welsh contact centres has been growth in the workforce. The sector currently employs 32,000 people, compared to just 10,000 20 years ago.

“New entrants to the industry who excel are recognised early in their contact centre careers and can progress quickly. Almost every senior manager in a contact centre in Wales started out in a junior role and worked their way through the ranks. The individuals and companies nominated in this year’s awards represent the very best of the Welsh sector and I can’t wait to celebrate their achievements this March.”

The finalists in 17 categories including Contact Centre Manager of the Year and Contact Centre of the Year will be honoured and the winners announced at the Welsh Contact Centre Awards ceremony at the Wales Millennium Centre on Friday 8h March 2019. The glitzy ceremony for 700 guests has previously been hosted by television celebrities including Jonathan Ross, Claudia Winkleman, Alan Carr, David Walliams and Rob Brydon, but 2019’s star turn is a closely guarded secret.