A recent consumer survey conducted by global customer experience expert, Webhelp, has revealed that only 9% of those asked claimed to use electronic devices for work while they were travelling.

The survey of 500 UK consumers indicates the use of electronic devices while travelling is incredibly popular, with only 16% of people surveyed claiming not to use them, and that figure falls to just 11% of men, 9% of people earning more than £40k per annum and just 6% for people aged 25-34.

However, when asked to select all of the uses that would apply, a staggeringly low percentage of people claimed to use electronic devices for business purposes while travelling – just 9% overall. That figure drops to 3% for those earning less than £10k per annum and 4% for those aged 35-44.

The most likely group to use electronic devices for work while travelling were those in the £40k+ income bracket, but even in this group only around a fifth (21%) claimed this is what they would be doing on their mobile devices or laptops. In fact business use didn’t make it into the top five uses in any of the population segments surveyed.

So, if people aren’t using their electronic devices for work while they are travelling, what are all those people glued to their laptops, tablets and smart phones up to?

Other uses that were more popular than work were checking connections, checking onward travel arrangements, mobile banking and making dinner or entertainment reservations.

There is good news for banks adopting mobile technology as overall 27% of people claimed to engage in mobile banking while travelling and that percentage increases to 46% of the 25-34s.

The option to make dinner or entertainment reservations on the go was popular with the youngest age group, with 27% of the 18-24s choosing this option. 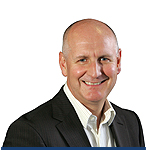 “With an overwhelming majority of people using electronic devices while they are travelling and a huge percentage of them using those devices for travel related activities, this represents a tremendous opportunity for the travel industry; an opportunity that some savvy operators are already taking advantage of.

One recently launched innovation from global travel business, Travelport, called Resolve, is an app aimed at airlines and other travel companies, which aims to take the hassle out of rebooking flights and accommodation when travel plans have been disrupted.

According to the Webhelp survey, this is exactly what people are looking to use their electronic devices for while they are travelling. Customer facing travel businesses who adopt this sort of technology are likely to be able to set themselves apart in a hugely competitive field.

“Once again, this is showing that new technology is giving consumers more control over their interactions with brands. The companies which will come out on top are those that take the customer experience most seriously and invest in giving their customers what they want.”