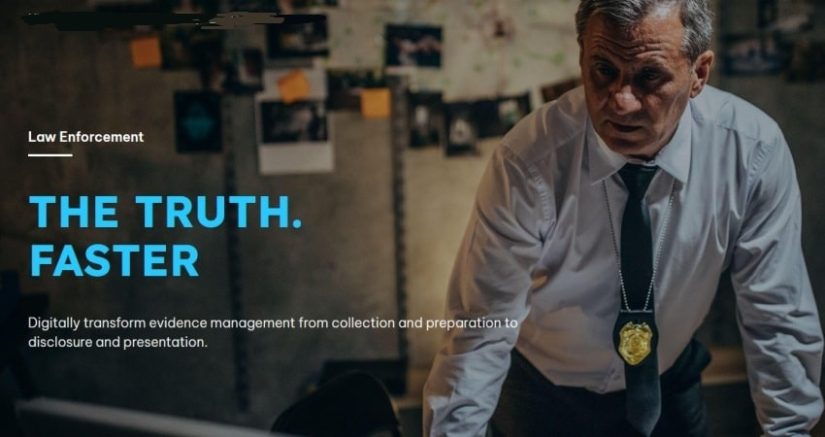 “Crime-solving is about finding the truth, and that hinges on digital evidence. But with digital evidence residing in so many different systems and places, investigators waste enormous amounts of time searching for, collecting, copying and analysing it, and shuttling it from place to place. NICE Investigate eliminates these manual processes that slow investigators down so they can put their time to better use doing the work they signed up to do – solving cases.”

Benefits reported by police forces include:

» Time savings from reductions in trips to collect evidence (one police force eliminated 4,500 weekly trips). Evidence can be collected in a fraction of the time, and without tying up officers in travel.

» Digital evidence can also be shared faster with the Crown Prosecution Service through fully digital means. One police force reported that the time it takes to share evidence has been reduced from 3-5 days to hours.

» Reduced risk to victims due to earlier charging decisions and higher remand rates, resulting from the ability to obtain, review and share digital evidence quickly and effectively.

» Better community engagement in crime-fighting by digitally transforming how citizens and businesses share digital evidence. Over 5,500 UK businesses have registered their CCTV cameras with NICE Investigate, with 9,000 more invited and pending registration.

With NICE, it’s never been easier for organizations of all sizes around the globe to create extraordinary customer experiences while meeting key business metrics. Featuring the world’s #1 cloud native customer experience platform, CXone, NICE is a worldwide leader in AI-powered self-service and agent-assisted CX software for the contact centre – and beyond. Over 25,000 organizations in more than 150 countries, including over 85 of the Fortune 100 companies, partner with NICE to transform – and elevate – every customer interaction.

For additional information on NICE view their Company Profile