Guess where working in a contact centre came in a recent poll conducted by YouGov for the most desirable job? No prizes in guessing that it was amongst the lowest from the survey conducted between 12th and 13th January 2015. 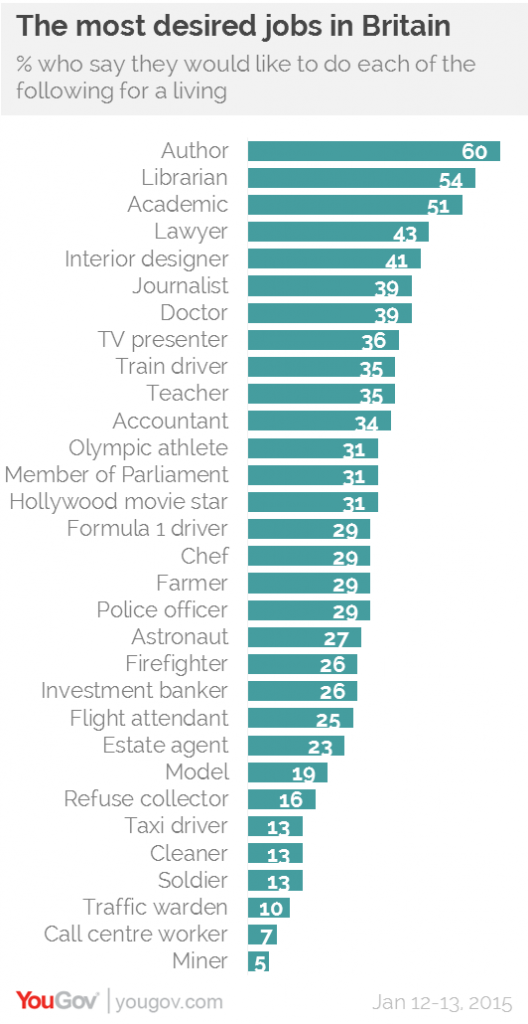 Being an author is the number one most desired job in Britain. Not only would the most people like to be one (60%), the smallest percentage would not like to be one (32%).

The only other jobs preferred by a majority are equally as bookish: librarian (54%) and academic (51%). Although there is a slight tendency to not want a career in law, it is the fourth most desired profession.

Men and women share preferences for the three most popular jobs, and law, journalism, medicine and TV feature in both of their top tens. There are still some striking differences in job appeal by gender however.

At least the people surveyed least wanted to be a miner (5%) but then again you have to ask yourself the questions how many job opportunities are there for mineworkers these days or how many people does that industry employ today?! – Ed