Now that we have innumerable methods of communicating with the people around us, most of which can be fulfilled using a smartphone absolutely anywhere (as long as there’s signal, that is), it’s unthinkable that sixty years ago someone would have had to use a phone box at the end of the road to make a call.

And just as we’ve moved on from pre-landline days, the way we communicate with each other still advances constantly, and will continue to do so, so it’s not unthinkable that the recent future will bring all kinds of unforeseeable advances. 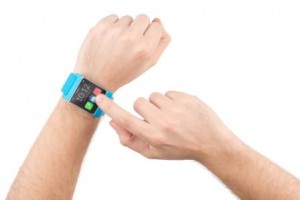 Less and less people use their landline for anything other than an internet connection or cheaper calls at certain times, so much so that many people probably can’t remember the last time they used theirs, because their mobile fulfils all their needs. Developing on from this, however, is the advent of wearable mobile attachments like Android Wear and Google Glass, which make mobile technology more integrated with our bodies and what we wear. Will it soon become the norm for our friends and colleagues to be dictating appointments and commands to their wrists? And is this set to change the way we use more traditional methods of communication, or will people always want to pick up the phone?

The various wearable devices that are now on the market, or soon to be on the market, are completely integrated with the functions of your existing phone and can’t operate without it, so perhaps they’re not such an alien, unfamiliar concept. Their designers and developers clearly had convenience and ease of use at the forefront of their minds, because they all have fairly simple functions, such as the ability to make calls, appointments, and dictate texts and emails. All of which is voice controlled, so no more awkward (and dangerous) texting and walking at the same time as you navigate rush-hour pedestrian scrums and cross numerous roads on the way to work. Android Wear’s technology has “a common sense layout”, according to Ron Amadeo’s review in ars technica magazine, making them as user-friendly as possible. Clearly, these are not just accessories, they have to be the height of functionality too.

A survey conducted by Please Press 1 – a consumer site that wants to make call centre menus quicker and easier to navigate – showed that a lot of people dislike using interactive voice response (IVR) when they’re trying to make an enquiry or solve a problem with a call centre. So this aspect of calling some businesses or companies will perhaps never be popular, even if it’s a big development in wearable technology. A lot of us may always be traditionalists and find that a lot of enquiries are best solved over the phone with a real person, although Please Press 1 did find that new methods of contacting people are more “actively used in the under 30 age group, not surprisingly”. Another survey, conducted in the US in January of this year, found that 75% of people found that calling achieves the quickest responses, as opposed to 33% who preferred email and 4% who found social media to be the most efficient way of contacting businesses and organisations.

Social media changes very quickly so the more companies that engage and stick with it, the more receptive they’ll be to the way their customers use it. People’s willingness to have their consumer questions solved by using social media is on the up, so we’re starting to see a huge shift in the kinds of problems raised by customers and clients via different mediums. Small issues and questions that don’t require an immediate response, are often asked on Twitter or Facebook, but when a customer has a bigger issue that needs immediate attention, they’re generally inclined to pick up the phone than send a tweet.