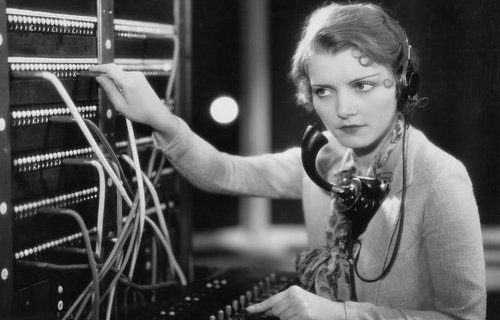 15 years ago a humble website was created, contact-centres.com, to satisfy the insatiable thirst for knowledge and information to what seemed a newly created and emerging industry, call centres.

The website was created around the time when Simon Roncoroni, then the European managing director of SITEL Consulting, said in a speech that ‘Call centres are in danger of becoming the ‘dark satanic mills’ of the 21st Century as the industry gains a reputation for sweatshop practices and assembly-line methods’.

The comment, often used and widely mis-quoted, in my opinion could not be further from the truth. It is true that probably the Public’s perception of the modern day contact centre is one of  the ‘dark satanic mills’ scenario but from personal experience of visiting large and small contact centres (the title call centres is so last season!) thankfully they are anything but.

I can recall all of the years ago I visited a major outsourcer, the name of whom shall remain anonymous, who highlighted the fact that they now use a new piece of technology called CLI (Caller Line Identification)  where instantaneously the caller’s number would flash on the agents screen – great but the technology was such that no additional information on the caller could be shown –  Now an agent has all the information on a customer readily to hand albeit some people say too much information.

At the time the main technology was Rockwell ACD’s where for little change from 7 figures calls could be diverted seamlessly to agents; how ironic that the much improved technology can be utilised for a fraction of the cost and even on an agent -pay-as-you-go;  the ACD technology was safely housed in a ‘clean air’ room whereas now it can be safely housed on a laptop no doubt using new fangled technology strangely called ‘the cloud’

Cloud was something you hoped were white not grey – and social media, customer experience, net promoter scores, were something of near science fiction. Artificial intelligence? Well that’s just downright stupid!

The outsourcing of calls overseas was relatively unheard of; it was only a combination of the recession and Accountants being in charge made outsourcing a buzz word –  it is refreshing that a relatively small percentage of calls are outsourced overseas which, in my opinion is a combination of contact centres actually realising that the humble customer is the key to any successful organisation, customer backlash when speaking to an overseas agent called ‘John’ and realisation from contact centre managers that indeed the UK contact centre industry is without question regarded as being as the leading contact centre industries in the World.

In a relative short period of time call centres have emerged to be blossoming, highly regarded and successful contact centre industry. Gone, thankfully, are the days when agents were almost disposable – agents are now highly trained and skilled and at long last people can have pride and satisfaction when asked their profession.

In Publishing there is a saying that ‘you are only as good as the industry in which you serve’ – lucky for us we found ourselves publishing in a fast-moving and dynamic industry – for which we shall always be eternally grateful for.

As for the dark satanic mills – Nah I think that history has proved this not to be the case.

Be the first to comment on "contact-centres.com – Celebrate 15th Birthday!"