We Buy Any Car, Sports Direct and Saga fined £495,000 after sending millions of ‘frustrating and intrusive’ nuisance messages.

The ICO has announced (15th September) fines totalling £495,000 to well-known companies that between them sent more than 354 million nuisance messages.

None of the companies had permission from people to send them marketing emails or texts. This is against the law.

”Getting a ping on your phone or constant unwanted messages on your laptop from a company you don’t want to hear from is frustrating and intrusive.

“These companies should have known better. Today’s fines show the ICO will tackle unsolicited marketing, irrespective of whether the messages have been orchestrated by a small business or organisation, or a leading household name. The law remains the same and we hope today’s action sends out a deterrent message that members of the public must have their choices and privacy respected

“Companies that want to send direct marketing messages must first have people’s consent. And people must understand what they are consenting to when they hand over their personal information. The same rules apply even when companies use third parties to send messages on their behalf.”

The ICO’s investigations into the companies were sparked by complaints from the public.

We Buy any Car sent emails to people who had requested an online valuation of their vehicles. The Information Commissioner found that the initial emails sent after a valuation request were made within the law, but that subsequent emails which also promoted the We Buy Any Car service were unlawful because they contained marketing as well as being sent without consent.

Both Saga Services Ltd (SSL) and Saga Personal Finance (SPF) instigated emails using partner companies and their affiliates. These companies used data lists of people who had not given the companies permission to contact them. SSL instigated more than 128 million emails between November 2018 and May 2019 and SPF more than 28 million over the same period.

The companies say they relied on indirect consent, however the laws around electronic messages are stricter as they are more intrusive and this form of consent is not adequate. SSL has been fined £150,000 and SPF £75,000. Both companies have also been issued with Enforcement Notices ordering them to stop any illegal direct marketing within 30 days or face court action.

Sports Direct sent 2.5 million emails as part of a re-engagement campaign between December 2019 and February 2020 with people they had not contacted for some time.

They were unable to show any evidence of consent to contact the recipients. The company has been fined £70,000.

The ICO has issued 17 fines totalling more than £1.7 million so far this year (2021/22) for breaches of direct marketing laws. 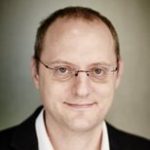 “Of course many nuisance calls and texts come from spammers and scammers; however some also come from legitimate businesses, and they must take steps to prevent them from occurring. When it comes to any contact with customers, it’s critical to have their consent and know their communication preferences – whether that’s somebody who is losing their hearing and needs to be contacted by letter or email, or knowing whether customers will be happy to have certain topics, such as Father’s Day, mentioned in communications.”

“Ultimately, following customer wishes is the best way to have a healthy long-term relationship, reducing the risk of ICO fines, and retaining as many customers as possible.”

For additional information on The ICO Visit their Website